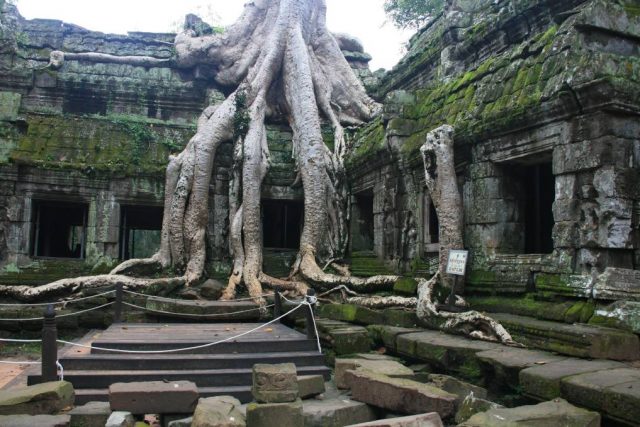 “Why do humans not understand the simplest things?” the Margr shaman rumbled. “Our borders are clearly marked; they should stay away.”

“Humans do not scent as you do, great Marback,” Vescha replied. The human sipped from a leather mug of sharp-tasting fermented milk. “But humans likewise do not wish to steal your womenfolk, or kill your children, as do other Margr.”

“Pah!” Marback tossed his head in frustration. “Margr are simple to deal with: they would rob, or mate, or migrate. Humans, though? Humans deal in sorcery.”

“So says a shaman? Your own trade is sorcery!”

“Words are stones, human,” the Margr said over a warning rumble, “they hurt when thrown, and feed nobody. By sorcery I mean the ancient weapons, and secrets best left alone.”

The Margr’s only reply was a low, deep rumbling. Vescha chose to drop the question.

“What message shall I return to Ellomyr?”

“That humans are weak and worthless slaves, and their skin makes poor leather; so they can expect to be eaten.”

“We’ll work on a more friendly greeting. There must be something the humans can offer you?”

“Again, you return to weapons. I feel you have a reason you do not tell me.”

“There is a great Migration of the People, though I know of no cause. Such movements happen once a lifetime, or less. Our oldest shaman was not yet born during the last.”

“We might repel the invasion; or fight our way to a higher position in the new lands after the Migration.”

“Slavery is no state for a thinking being, friend Vescha.”

“On that we agree, great Marback. I will carry your message to Ellomyr, but I warn you: the humans already suspect me for my dealings with Margr. I cannot be seen to favour you too much.”

Marback flexed his hands into two great fists. “No, a human couldn’t choose a friend and stick with them. That would be inconvenient.”

“You must also understand,” Vescha continued, “that the weapons you seek may be in the form of numenera. Your people may need to learn –”

Marback responded with a long and loud flood of urine, a marking of territory in the face of a challenge.

“Take the message!” Marback grunted, lurching to his feet. “Strong, sharp weapons if they have them: numenera poison if necessary. Let them know that treachery will release a flood that will erase their stench from the world forever.”

“And one more thing…when you meet with the humans…please refrain from marking your scent in their homes.”

“What do you think I am, Vescha, a savage?” Marback threw back his head and laughed. “I know humans create one little place in their houses, or even in their town, where all come to drop their dung: even visitors! What chaos! Yet as a guest I will follow their rules, however twisted and bizarre I find them.”

Vescha looked at the floor, where Marback had just urinated like a roaring river.

“What,” he said, “no pissing either? Oh, come — you humans must spend the whole day walking in and out of your little houses!”

Michael Barry wrote, published and edited from the mid nineties to the mid noughties; then he spawned, and something happened to the years since. He is a Numenera GM, and would like to play more often. The attached piece is from a work in progress, *Hungers for Flesh*

Apluma and the Surly Mask